This month, Councillor Dan Boots of District 3 updates us on the Circle City Forward initiative and how it will impact roads in our community. 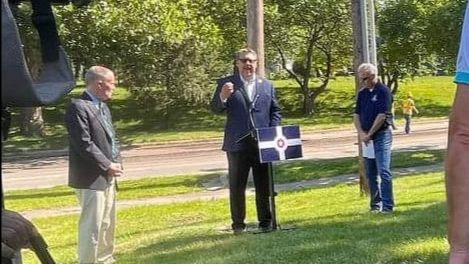 I was proud to appear at a recent press conference (June 21st) along with Mayor Joe Hogsett (left) and Dept. of Public Works Director Dan Parker (Right) announcing Phase IV of Circle City Forward and $10M in immediate street repairs being made in Indianapolis.

Another opportunity that has just recently arisen is that DPW has launched an immediate $10M residential street project funded by local county income tax dollars. This Circle City Forward – Phase IV project will cover about 100 lane miles of road resurfacing across Indy (while the City has a total of 8,400 lanes miles). As part of that initiative, passed by our full Council during our June 6th meeting (see Proposal 206), another $3M will be directed to the design of future residential street reconstruction projects, $1M to capital projects in city parks, and $1M to recruitment efforts, particularly for public works jobs. Of the 29 street segments based on pavement deterioration data and Councillors’ input, I’m pleased to report that Allisonville Rd (from 82nd St south to 71st St) and E. 91st St. (from Allisonville Rd east to Masters Rd) will be rehabilitated.

The $10M is going to immediately work on selected thoroughfares in each Council district. Again, the segments selected for our D3 communities are Allisonville Rd and E. 91st St. An additional $3 million has been appropriated to kickstart design on future residential projects.

I am currently working with DPW in evaluating neighborhoods in our district with respect to their “average” street ratings. Certain neighborhoods (2-3) with generally poor pavement ratings (Pavement Condition Index or “PCI”) will be selected in order of priority for doing a street segment or 2 in those neighborhoods to raise their average PCI. DPW will make the final decision based on that input.

Finally, the first round-about will be coming to our D3 community at 79th & Dean Rd. The plan is currently under design, with a public information meeting planned for later this summer. 79th & Dean (Project No.ST-05-058) bids in December 2023, with construction planned for 2024. Keep your eyes open for more information on this project.

Why do the largest cities in Indiana have the poorest street conditions?

While I hopefully have your attention, I’d like to encourage you to contact our state legislators and encourage them to correct the formula upon which a major portion of our county’s road funds are returned to us by the State.

The current formula is based on “centerline” miles, which simply measures a road’s linear distance. (Marion Cty has 1,179 thoroughfare centerline miles and 2,219 residential centerline miles, resulting in 3,398 miles of paved roadways maintained by Indianapolis.) That road network represents, however, 8,444 lane miles of pavement, which has continuously grown year after year. (While we’re at it, let’s throw in over 500 roadway bridges, 60% of which are more than 50 years old.) This means that 1 mile of a simple rural road, which often is barely 2 lanes, returns to its municipality the same amount of road funds from the State as does 1 mile of our D3’s 6-lane Keystone or our 6-lane E. 82nd St returns to Indy.

The Indiana legislature has historically been unwilling to change the formula to make it equitable to urban areas. That’s one of the primary reasons the largest cities in Indiana generally have streets and thoroughfares in poorer condition. It’s simply a numbers game, and the State legislature stacks the numbers against Indianapolis.

So, please contact the leadership of the Indiana legislature and encourage them to give your City its fair share of road funds.

The Council recently adopted Proposal 175, which includes several updates to the City’s current “Complete Streets” ordinance created ten years ago spearheaded by Councillors John Barth and Maggie Lewis. I am proud to have been a co-sponsor of Prop 175. This will consist of creating a formal Fatal Crash Review Team, comprised of representatives from the community, IMPD, DPW, and DMD. The Fatal Crash Review team will oversee reviewing fatal crashes and make recommendations for safety improvements at the locations where crashes have occurred. Other highlights include:

A dedicated web portal for CS information, and annual reports presented to Council

Will include multi-dimensional reporting on all projects (DPW, BNS, DMD) 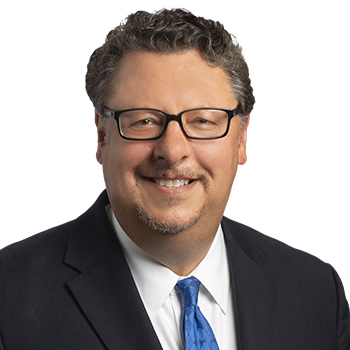