Stranded Senior Gets a Lift From Local Firefighters 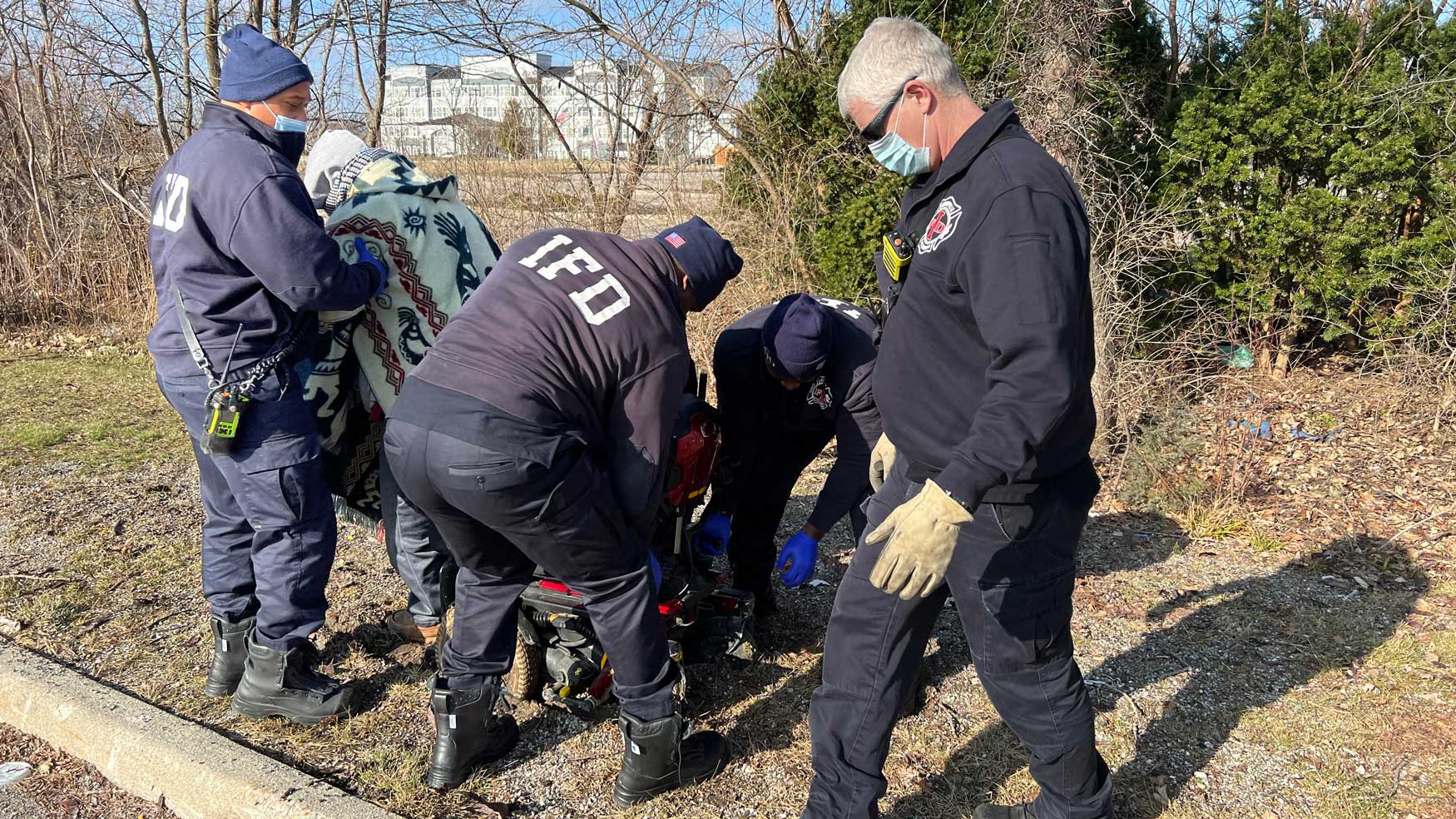 Firefighters from Station 17 rolled out on Saturday, Jan. 7, to help a disabled senior whose powered wheelchair became mired in mud when he left the pavement to attempt a shortcut.

With temperatures in the mid-30s, the senior, Bill, said he was taking a shortcut behind the office complex on Hillsdale Court to get to his apartment at nearby Crown Senior Living when the heavy chair sunk into the soft ground and became stuck.

Powered chairs can weigh more than 200 pounds, and it took four firefighters to lift the machine out of the mud and onto solid pavement. The Engine 17 crew then followed Bill to make sure he made it back home safely.

Bill was dressed for the weather but said he had been waiting about an hour and was getting cold when someone driving through the complex spotted him.

“It’s good that today was a little warmer than some of the weather we’ve had lately,” one of the rescuers said.

Bill’s wheels were coated in mud from his off-road adventure, and he planned to clean them up at home.

“I’m just glad these fellows were able to get me out,” he said. “Got to love the fire department.”

Rock Steady Boxing in Indianapolis is an exercise club for people with Parkinson’s Disease. It helps patients maintain movement—and hope.

END_OF_DOCUMENT_TOKEN_TO_BE_REPLACED 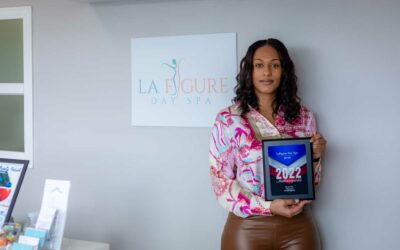 Embrace Your Beauty with LaFigure Day Spa. Owner, LaPlaya Moore, takes us inside her new Day Spa on Shadeland Avenue.

END_OF_DOCUMENT_TOKEN_TO_BE_REPLACED 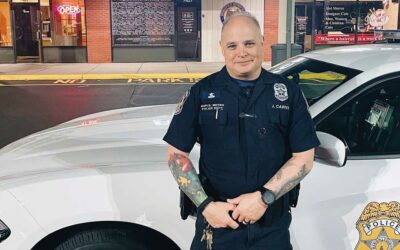